Git is a free and open source distributed version of control system designed to handle everything from small to very large projects with speed and efficiency.

.NET is a free, cross-platform, open source developer platform designed to build many different types of applications. With .NET, you can use multiple languages, editors, and libraries to build for web, mobile, desktop, gaming, and IoT.

The Apache Thrift software framework is designed for development of scalable cross-language services. It combines a software stack with a code generation engine in order to build services that interact efficiently and seamlessly with C++, Java, Python, PHP, Ruby, Erlang, Perl, Haskell, C#, Cocoa, JavaScript, Node.js, Smalltalk, OCaml and Delphi and other languages.

In this string, you should write your public key

In this string, you should write the IP address of your running node

The result in Windows

The result in Windows 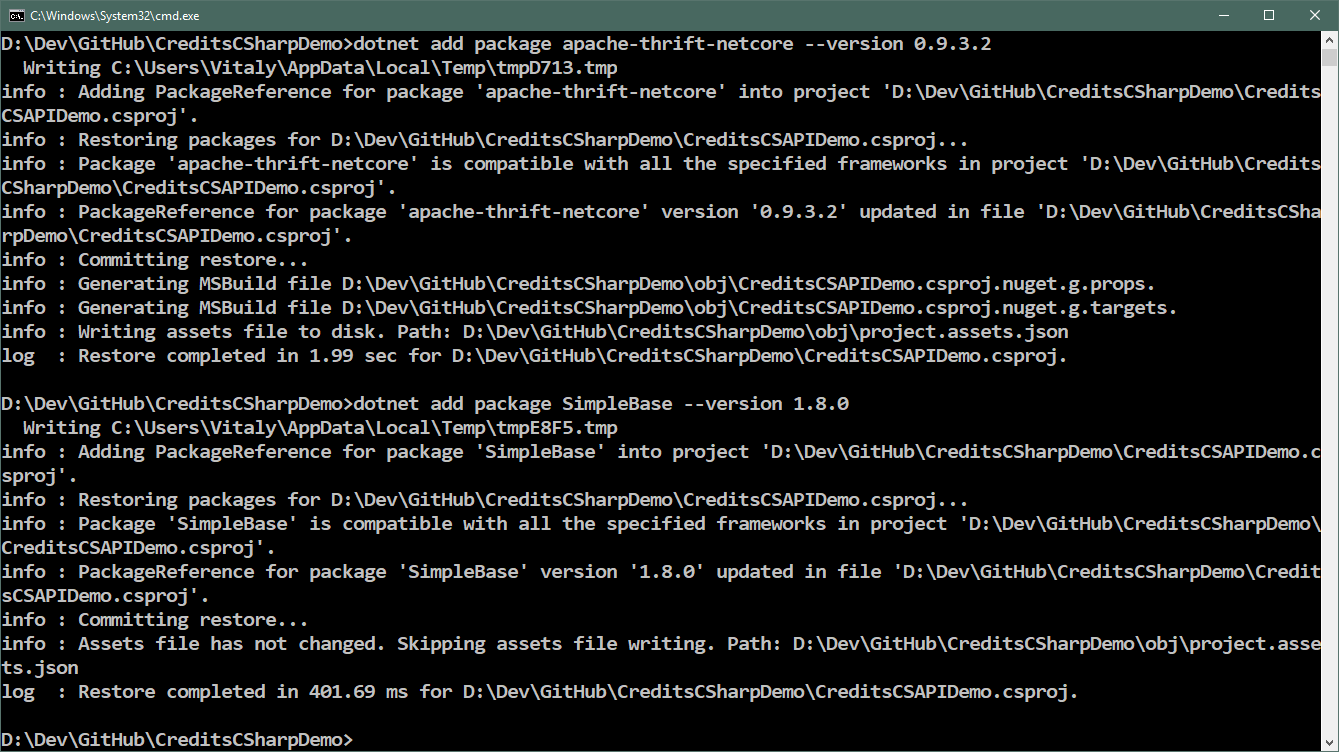 The result in Linux

The result in Linux